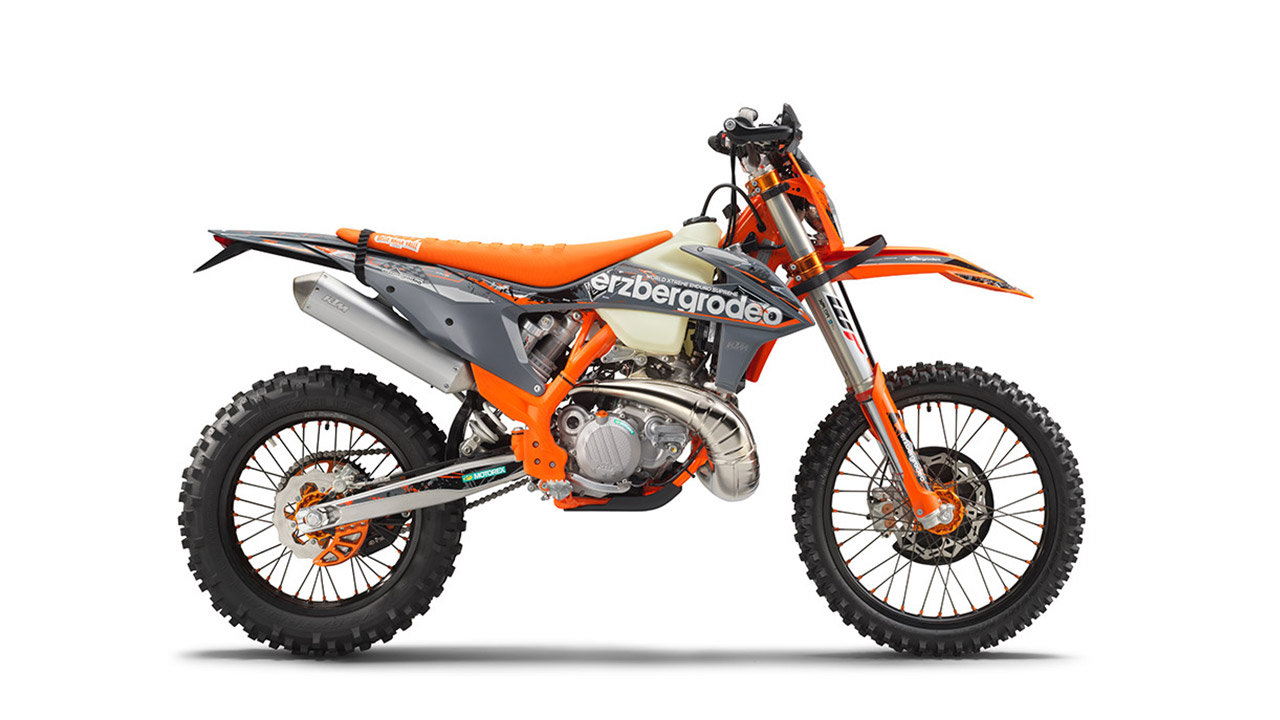 Named after the Iron Giant itself, the 2023 KTM 300 EXC ERZBERGRODEO sits atop the throne of the extreme enduro kingdom. Based on the wildly capable and unmatched KTM 300 EXC, it brings a new level of extreme to the fore. Sporting a hardcore, READY TO RACE parts list and commemorative graphics set, it is 100% built for purpose of conquering the world's most extreme enduro race. You could even say, then, that the KTM 300 EXC ERZBERGRODEO rules the roost. 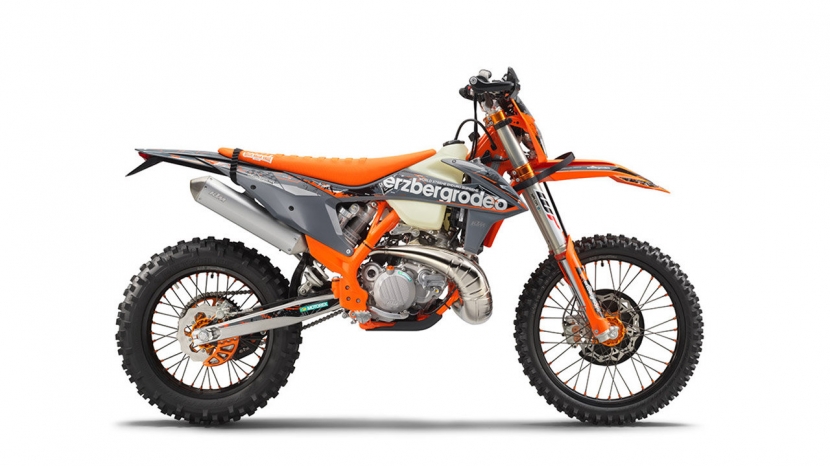