HOW TO MAKE A 200,000 KM BIKE READY TO EXPLORE THE WORLD ONCE AGAIN

From the endless straights of rural Australia to the salt ﬂats of Bolivia and back to Europe, my KTM 1190 ADVENTURE and I have seen a lot in the past ﬁve years. Clocking close to 200,000 km already, I knew it was time for a complete rehaul…

As far as I can remember, my dream has been to travel around the world. The decision to cross countries and continents with my motorcycle came at a moment in my life when I felt fulﬁlled, professionally and personally, but I still sensed I was missing something.

In 2015, I ﬁnally decided to take the big step so started riding my KTM 1190 ADVENTURE, named Bronte in honour of the small Australian town I was living in, without any ﬁxed plans to return home. Since then, I’ve shared some incredible moments with my bike. 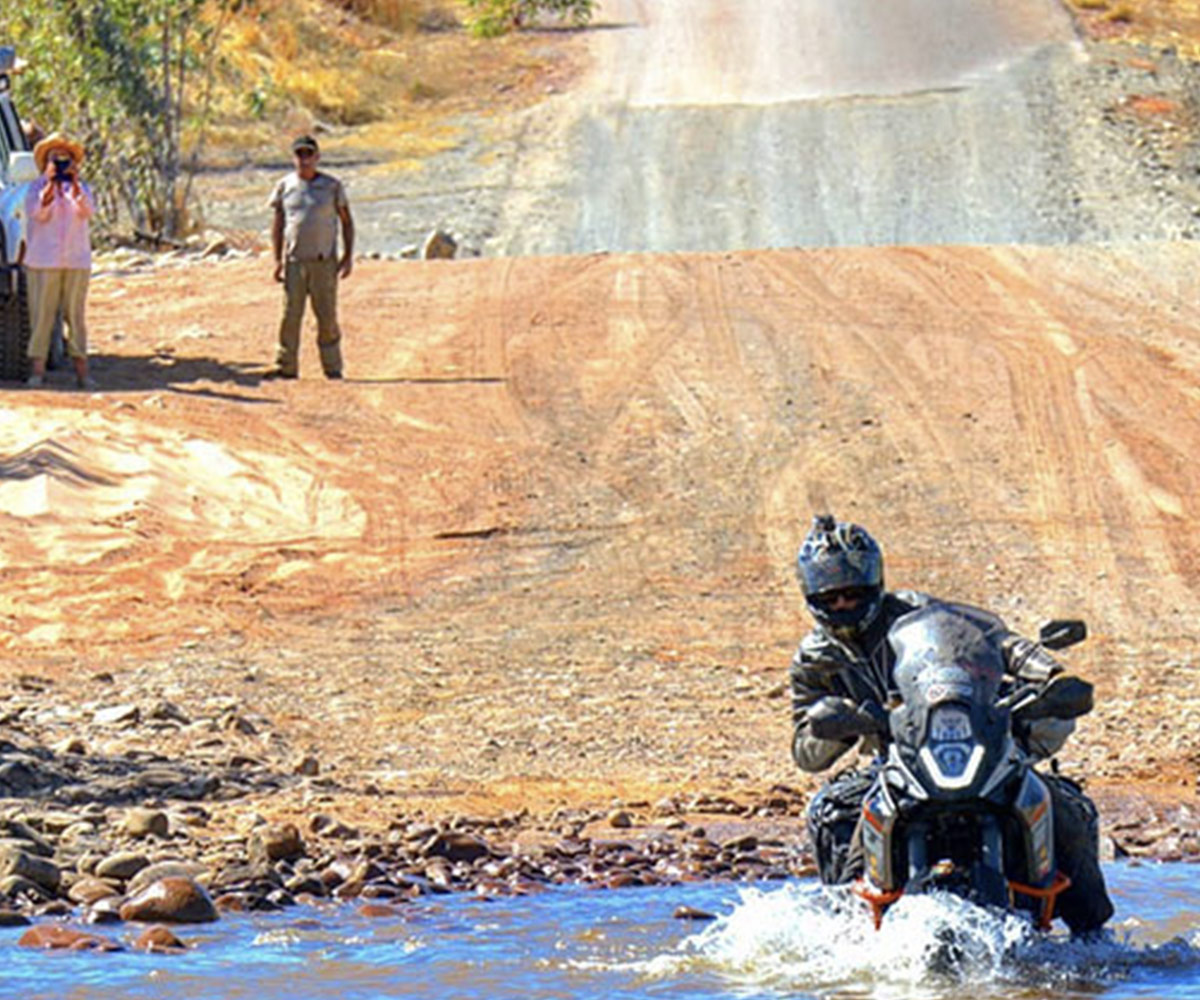 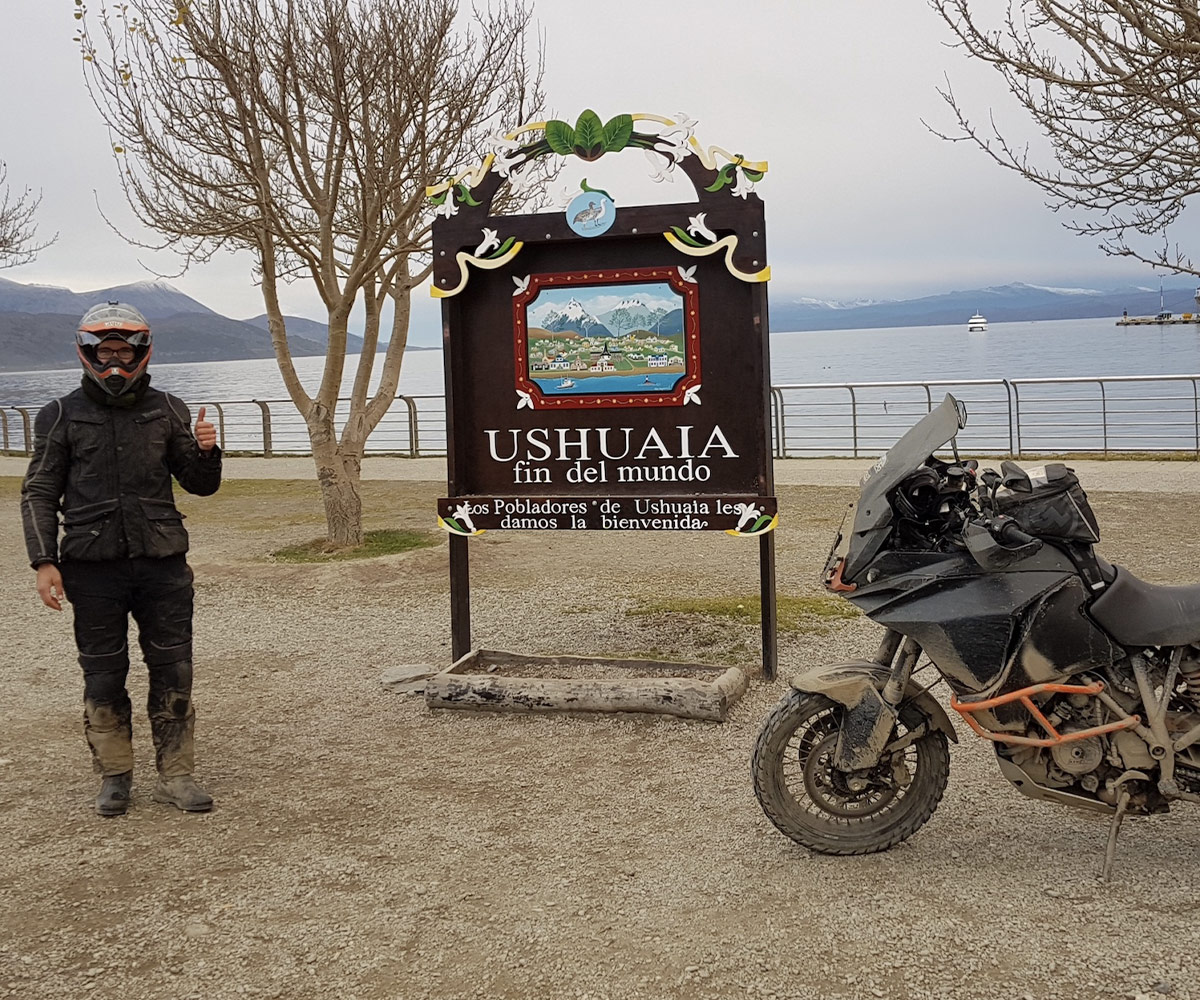 initially, some people doubted my decision to travel long distance on such a powerful bike equipped with a bunch of electronic aids. I’m happy I chose such a powerful and reliable machine for this kind of journey. Having all this power constantly at my command, certainly had its perks! After almost 200,000 km, my beloved ‘Bronte’ has shown no signs of weakness. In an oddly satisfying way, I’m happy to say I proved the doubters wrong.

With Bronte, I crossed the biggest and highest salt ﬂat in the world in Bolivia, rode along the golden beaches of Brazil, the icy roads of Alaska and the rocky trails of Patagonia. I rode all around Australia and through its deserts, drove across the famous Route 66 in USA, during one of the worst winters of the decade, and crossed all central America under 46 degrees heat. After ﬁve long years on its saddle, Bronte never gave up on me and never let me standing on the side of the road looking for help. In biker’s terms, I had zero mechanical issues along the way!

Throughout my travels, I try to maintain my bike in the best shape possible, servicing it at KTM dealers, mostly located in any major city around the world. Changing oil and keeping the bike checked up every 7,000 to 15,000 km is crucial to help one understand what additional maintenance might be needed.

Being a computer engineer by trade, I’m meticulous in keeping the bike clean and in good working order. When I ﬁrst bought the bike in Sydney, my KTM dealer recommended me to take care of the air ﬁlter. I installed a three stages foam air ﬁlter and just made sure I checked and maintained it periodically.

After ﬁve years of riding, my trips around the world brought me to the heart of KTM in Mattighofen, Austria, where the KTM workshop team accepted the challenge to rebuild Bronte and make it ready for potentially another trip around the world. 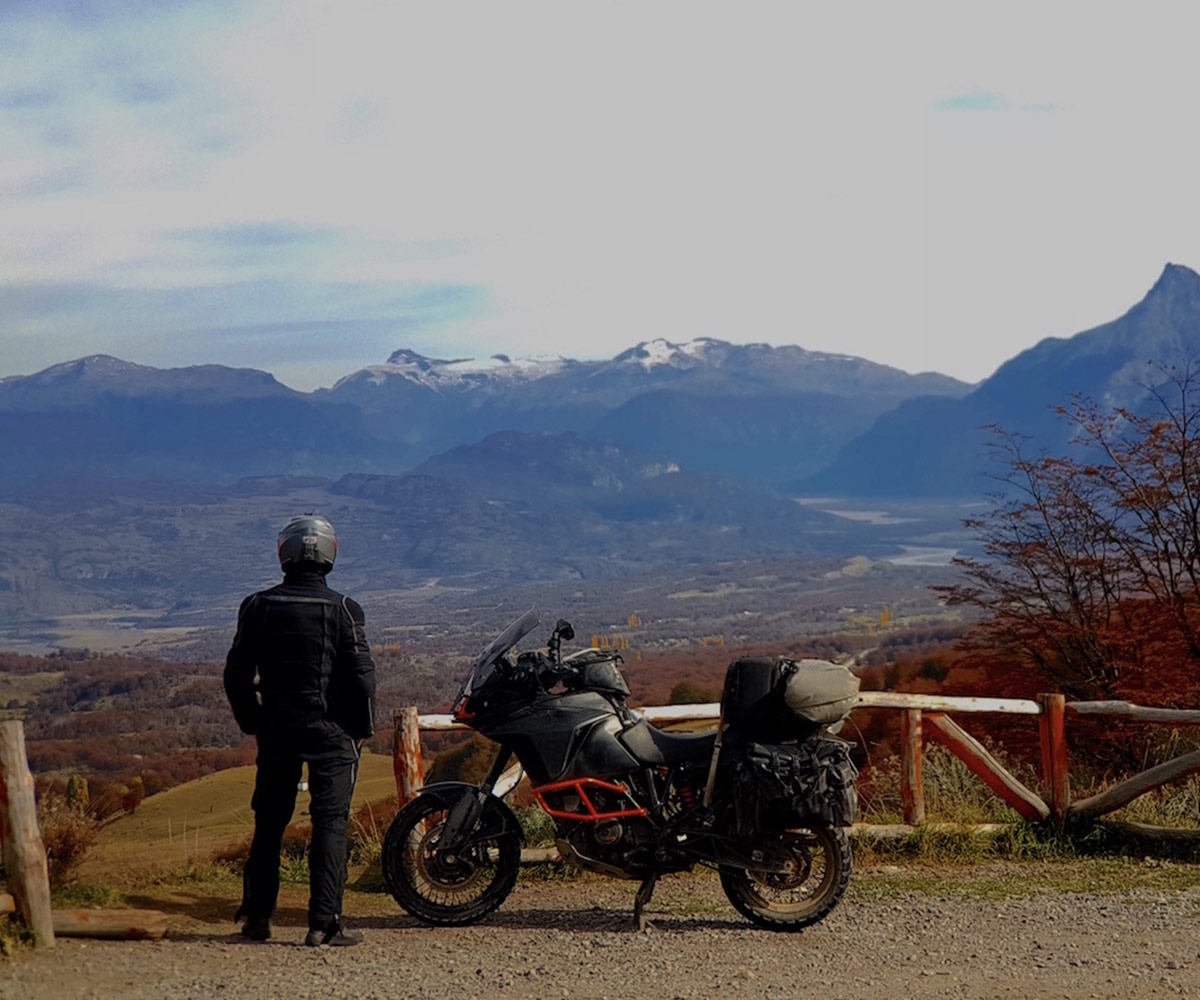 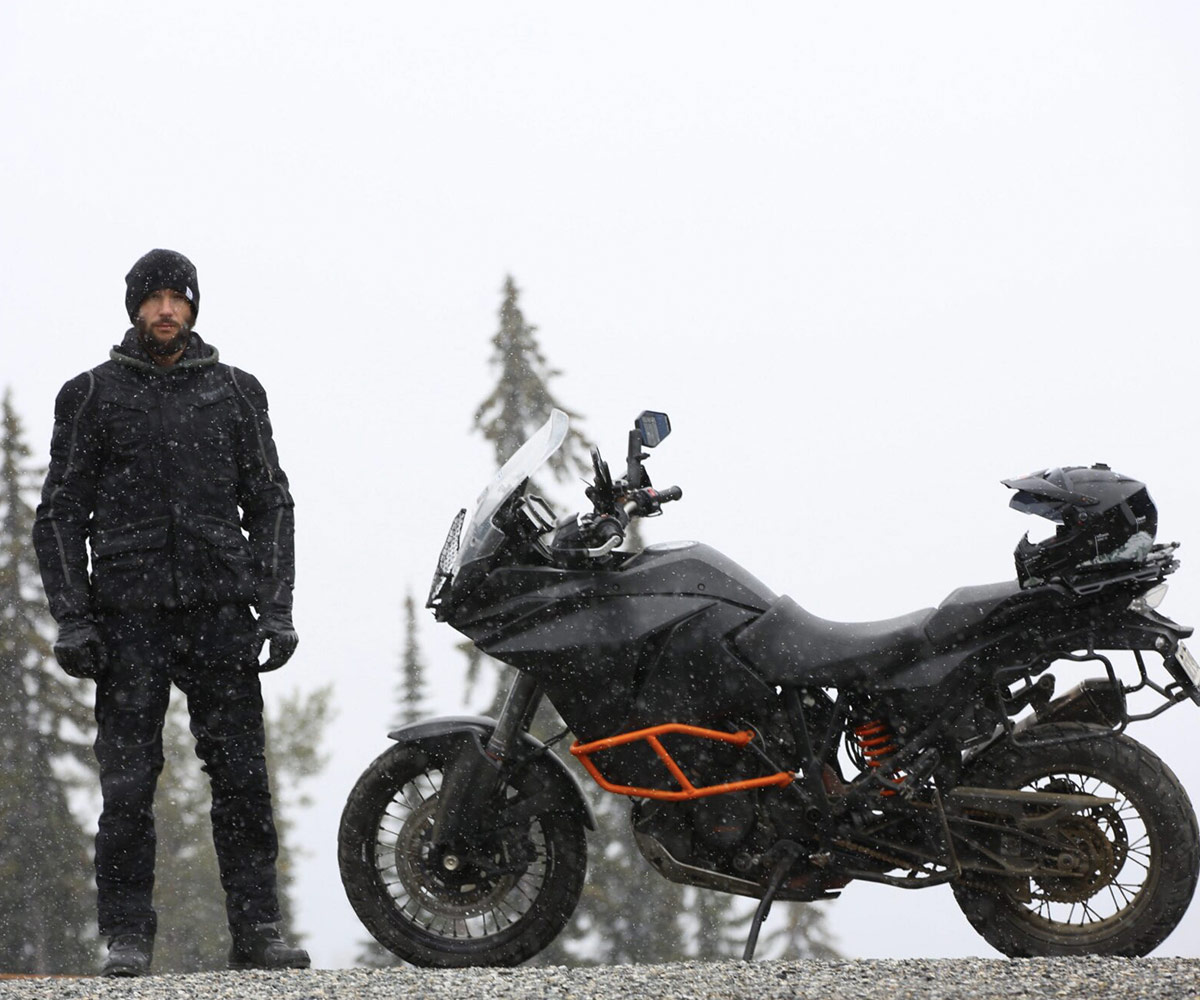 My KTM 1190 ADVENTURE was greeted with a lot of curiosity by the mechanics at the Austrian workshop. It doesn’t happen every day that they get to inspect a machine that has been exposed to such an intensive workout. Firstly, they put the bike on the dyno, to run a performance test. The results were shocking. The motorcycle was still delivering 136hp in the rear wheel, which is close to what a brand-new bike would produce.

It was such an advantage to have so much power at my disposal in my travels. I’ve enjoyed every bit of it and never felt that the machine was struggling in any riding situation I’ve put it through. Even riding fully loaded on the 5,000 m high mountains of Peru or across the long and desolated roads of Ruta 40 in Argentina, Bronte was absolutely cruising, giving no sign of struggle.

Riding constantly a fully loaded motorcycle could aﬀect one’s riding experience if the engine and suspension are not ﬁt for the job. With Bronte, I always felt I was on top of my game. The front and rear WP shocks, with electronic damping system, were still the original ones. Fork seals and oil have been replaced twice at 30,000 km and 150,000 km and were now long due for a service. By replacing the rubber seals, the bearings and the oil, the guys at KTM’s Workshop restored the original performances and feelings of the suspensions.

I had the chance to have a chat with KTM’s Senior Technician, Clemens Maschler, who performed the service and tested the machine right after. He conﬁrmed that, when he ﬁrst opened the engine block, he found pistons, valves, cylinders and gearbox in mint condition. Even then clutch basket and plates, which had never been replaced or serviced, were all in optimal shape, Clemens added. 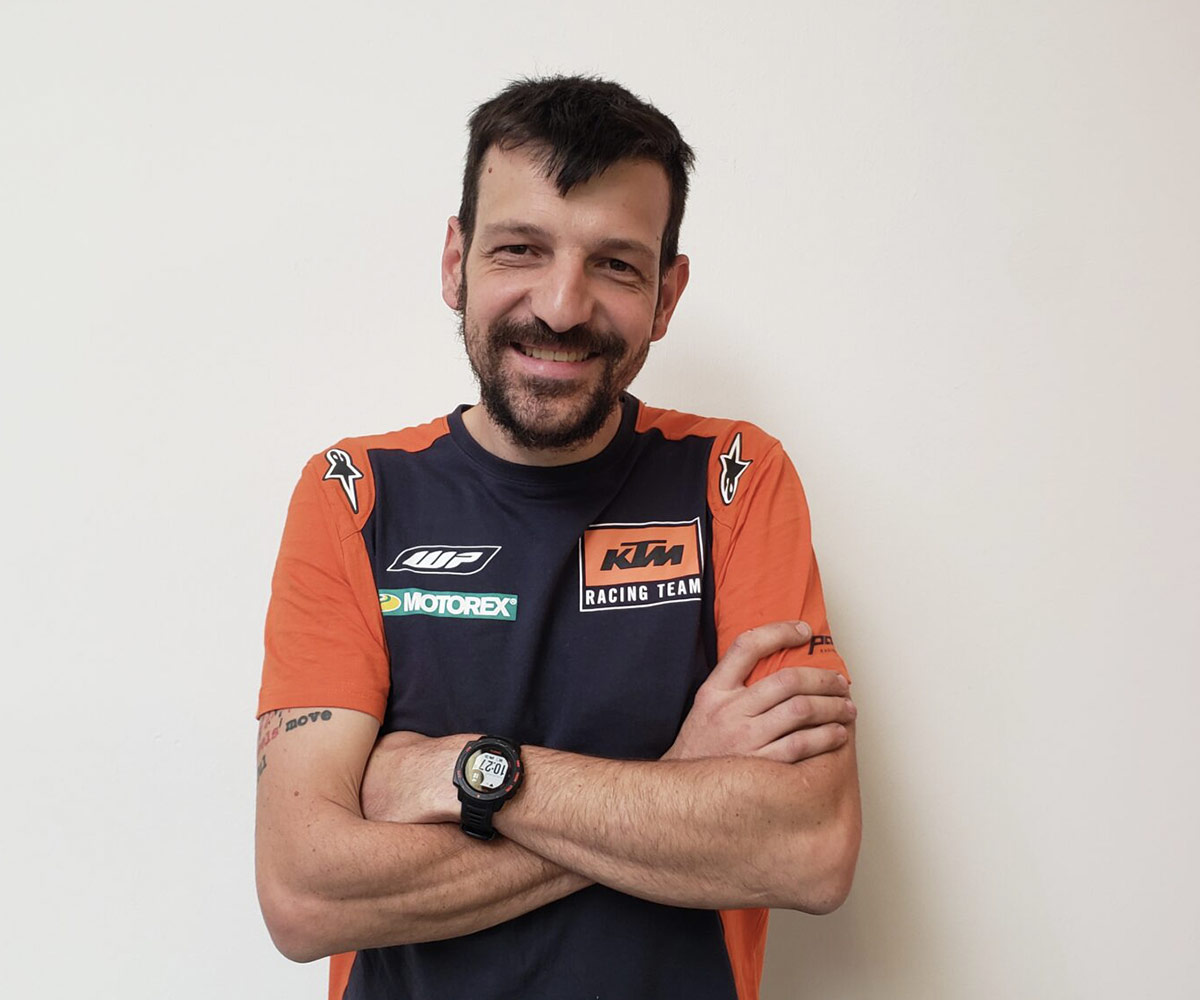 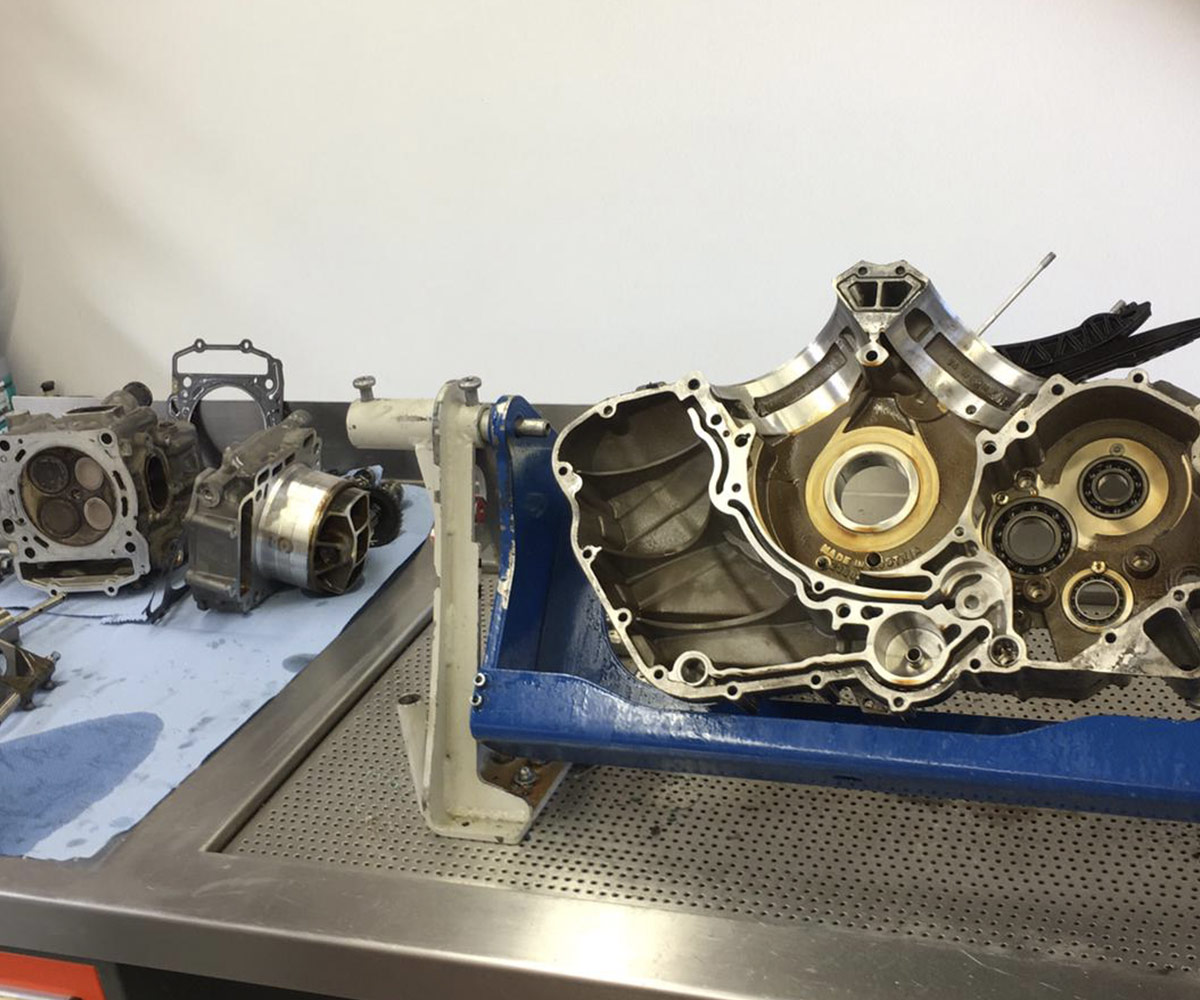 There was some valve clearance adjustment to be done but he furthermore claimed that couldn’t believe that the bike had almost 200,000 km. Bronte was taken apart completely, inspected and put back together with extreme care and attention. The machine was then reassembled and tested once again with the dyno, to have a performance comparison. As we expected, the motorcycle delivered again the same 136 hp to the wheel like the initial test, conﬁrming the optimal state in which she was brought in.

While working on the bike, KTM mechanics were surprised to notice it was still running on the original battery. Even to myself, it is hard to believe that a battery could last so long and especially after being exposed to such extreme weather conditions. A new battery was deﬁnitely needed and gave Bronte the deserved extra boost to start its days.

A new set of tires and a new set of front rotors and brake pads was also needed to be installed on the machine. For safety, we decided to replace the steering and the front and rear wheels bearing too, since it’s kind of hard to determine the actual conditions of those and the KTM kit comes at a reasonable cost.

Even though air ﬁlter and fuel ﬁlter were in good shape, they were also replaced to give the bike a fresh start. Fuel pump and water pump were in good working order, according to the KTM technicians, so didn’t need to be replaced. Those were still the original ones!

A new breath of life

The guys at KTM had prepared a little surprise when I got to see Bronte again after the rebuilt. They covered the bike with a fancy orange wrapping blanket, and left me wondering how diﬀerent my bike could be after all their hard work. The whole revealing moment was super emotional for me. Needless to say, that I was extremely happy with Bronte’s rejuvenation process. 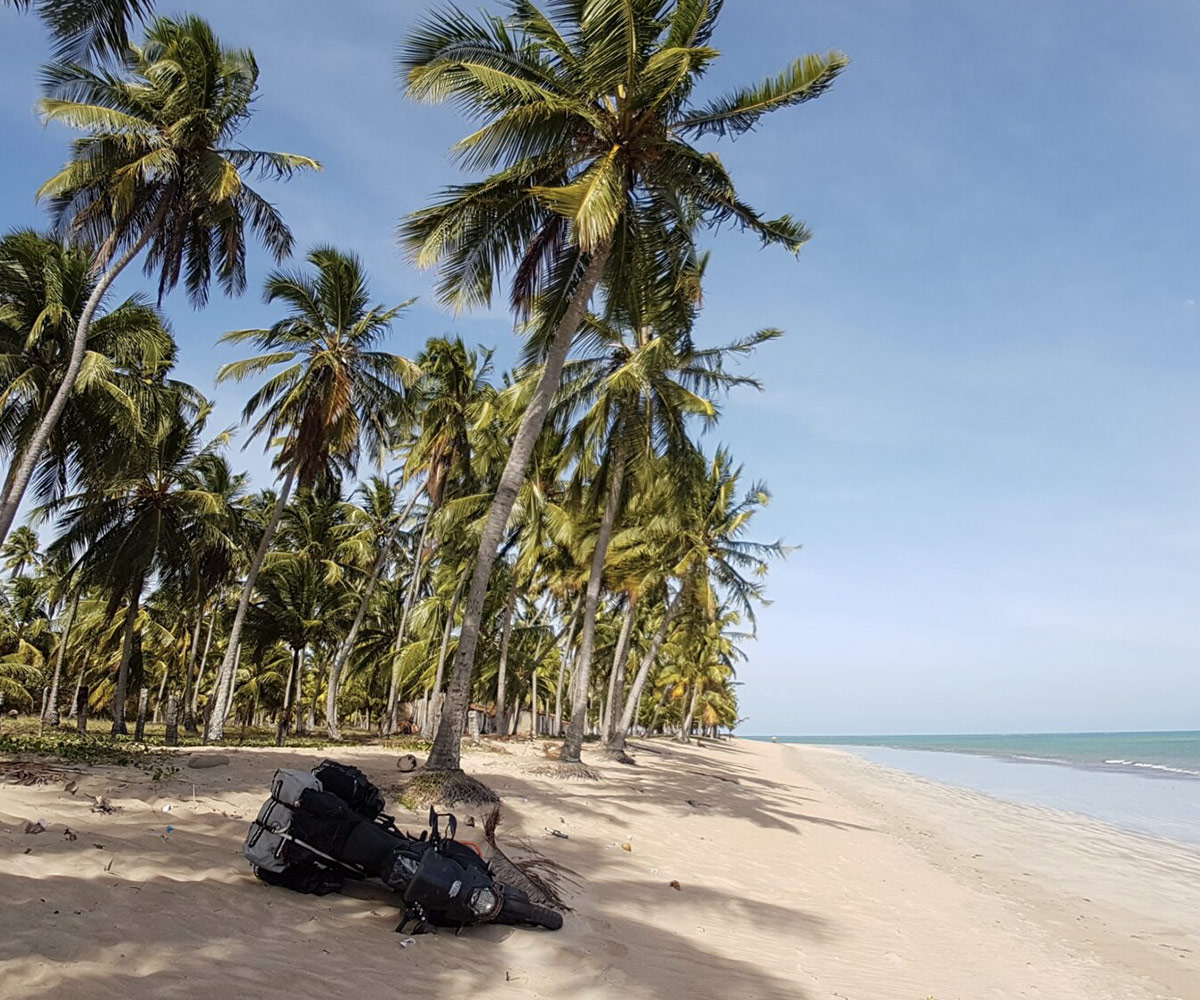 Shining and roaring just like the very ﬁrst day in Australia, I took the bike through to the roads around Mattighofen. After 5 years of travelling together, I deﬁnitely created a special bond with this machine. It’s been a trustworthy companion and It actually became a great part of my journey. It allowed me to fulﬁl my dream to ride around the world and it brought me back home safely, all in one piece.